Yes its October and the summer seems to have flown by, we have had a very good summer and I suppose that is why it flew by, July was quite stormy and we had some cold spells but August was very hot and humid, for three weeks the temperature never dropped below 30c, this just meant a lot of watering but the vegetable garden grew like a mad thing, then about two weeks ago the temperature dropped like a stone and now it is cold and wet and we have had a couple of frosty nights, how the seasons change over here. 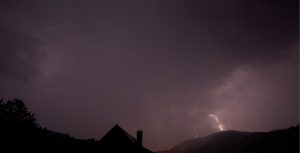 We managed to get all our hay cut and put away although some of it stayed on ostrva’s for a week or so which was fine, our sheep barn is full and our friend Jaro benefited from our surplus, we never have any waste with hay, there is always someone who will take some. 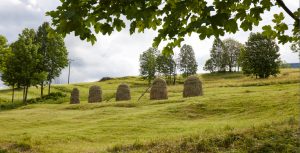 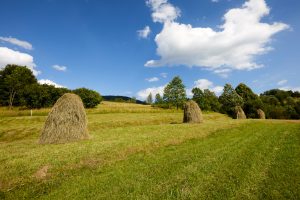 As I said the vegetable garden was brilliant but so was the rest of the garden and our new bees worked hard to pollinate everything which resulted in a  very good harvest of garlic, onions potatoes and in particular the tomatoes which seemed to take a while to ripen but then we had loads which we devoured or made into paste for freezing, all in all a pretty good season, on the wild side, mushrooms were very scarce due to hot and dry but we managed to get plenty of wild strawberries and blackberries for jam and wine making. 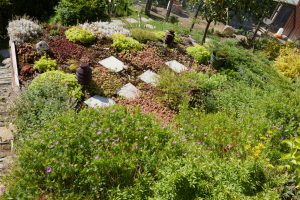 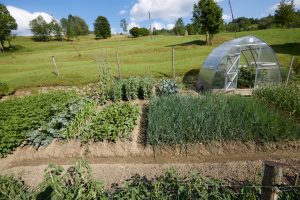 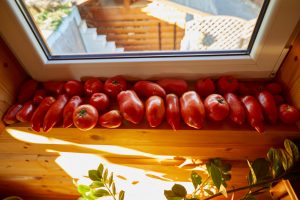 On the construction side we decided to sort out the veranda area at the front of the house as the tiles were breaking up, we opted to build a completely wooden raised veranda, we used Red Cedar which is harder than normal pine and will put up with the winter snow etc.  We are very pleased with the finished product and it has been used far more than when it was just tiled, we sat there a lot in the afternoons when it was too hot to be working, a brilliant addition to the chalet we think. 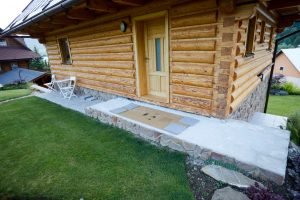 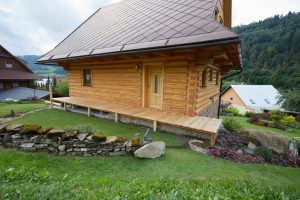 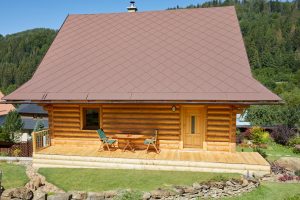 The sheep have really grown and we now have two rams who will do their stuff with our ewes we hope, Meddy our new dog has really settled in and has the best life a dog could wish for, she loves walking in the mountains or anywhere for that matter and is learning about the wildlife and what not to chase, its a good learning curve for any dog with so much to smell and track.
Now we are clearing up around the garden, sorting out the gardens we look after, hoping to get out in the mountains for walks and then we will be sorting out for the winter season, more about that next time.