Yep, this has been a busy week, we have had a good fall of snow which provided us with excellent powder conditions, more of that in a moment, Monday was spent getting the boys used to the slopes and Maria assessing their ability before we send then off into the wilds.

Tuesday afternoon we thought we would take them on one of Maria’s short walks up from Stefanova into the mountains, they didn’t quite make the top but must have had a good bit of exercise as they both went to bed early, here’s a couple of shots of them on snowshoes on the way up and then coming down. 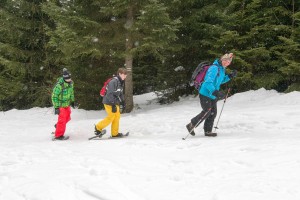 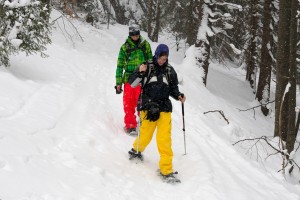 Wednesday saw a lot of snow falling so we all went to Poludnovy  Grun which was so good, one of our team had a bit of a fall and twisted his wrist but was fine and managed to complete a full day on the hill.

Thursday we decided to go to Chleb which is the highest area around here and to get there we use the cabin lift, it was amazing, the sun was out for around two hours we had good runs off piste, the powder was so dry and the runs were interesting to say the least, the boys took a while to get used to the riding conditions but they had a great time and managed very well, Freddy had always found the T bar lift a problem but no more he rides it like a pro these days, and I think Herbie should be well chuffed with his improved techniques, the last run was all the way to the bottom station and everyone was reasonably knackered by then, well done guys.

Today Maria was teaching from first thing so us three went to Prislop which is a very good area to learn to free ride as it is not too steep and not many people go there, once again they did very well and the only one to seriously wipe out was me for not looking where I was going, both of the boys ride very well on or off piste now and we are very pleased to let them go off on their own to the different slopes, two days to go and more snow forecast for tonight so lets hope they make the best of it, pictures are from Thursday in the powder…….Wicked eh!!!!!!!! 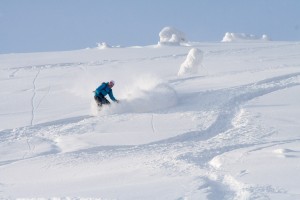 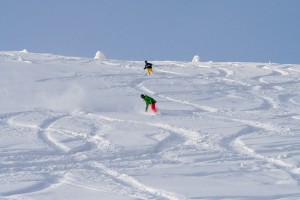 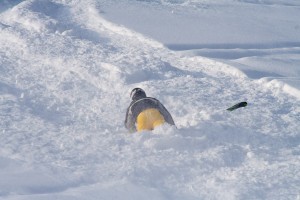 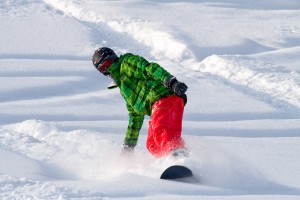 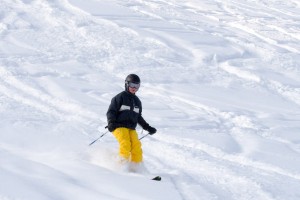