In the past two months the one thing that dominated was the weather, it started very warm at the beginning of October then we had some cold spells, floods, lots of snow and then storms, I believe it is classified as variable!!!!
Mid October was really good, the Autumnal colours had to be seen to be believed and we spent time going into the mountains and walking, just to see it all, the first picture was taken in Vratna the second by Maria near our chalet, such diverse colouring. 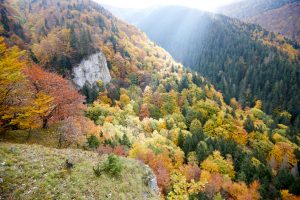 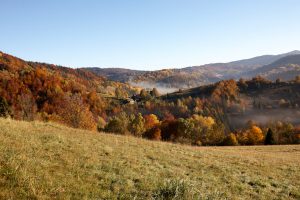 Then at the end of the month it rained and rained, our garden seemed to be getting washed down into our neighbours and since then we have improved the drainage system as much as you can in a garden on a hill, then as you can see, the next day we had a snowstorm and high winds. 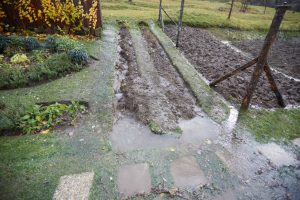 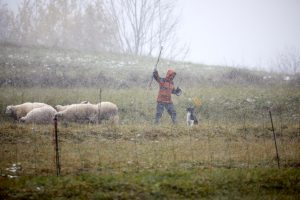 We did however get some reasonable weather at the start of November, so we took to the hills and were lucky with the sunshine but even then the snow was coming and going and it was quite icy in some places like Diery. 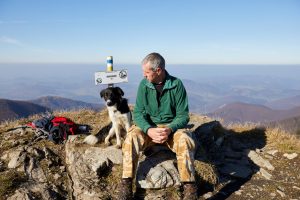 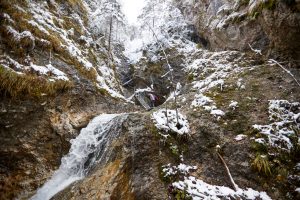 Then around the 20th the snow came and unusual for here it kept coming and soon we had enough to go out and enjoy it, we went skiing and snowboarding up on Chleb which at the beginning of December was a first for a lot of us and the conditions were pretty good, free riding you had to look out for big rocks but we had a great week, even Meddy went several times and never seemed to tire, she went alpine trekking with Maria also followed when we went snowboarding. 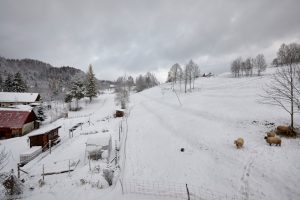 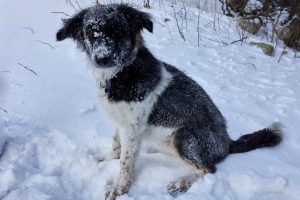 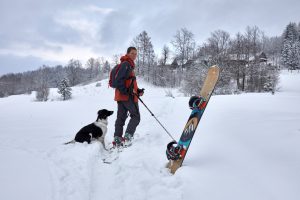 Just as we thought it was all sorted for the winter season, we had our ski passes, our gear was all ready and then last Monday we were hit by a pretty bad storm, not as bad as some places over here that experienced 150-180km winds but we didn’t sleep, awoke to no power, no internet and limited mobile access, the power came back after a day but we were without internet till this weekend, you do not realise how much we rely on it till it is not there but at least no-one was seriously hurt, the forests however looked as though some giant had swiped his hand across them, it so reminded me of the 87 storm in the UK. 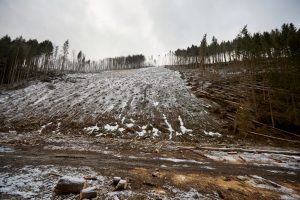 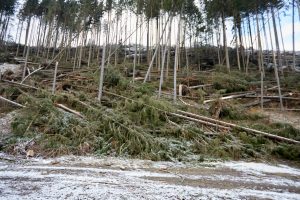 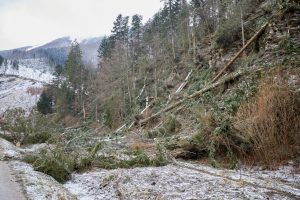 The storm wind was very warm and combined with the rain it took away all of the snow, we now have green fields and are hoping it will snow in time for the festive season which is important to the tourist business, so fingers crossed.
It has been in general a very good year for us and we hope everyone has a great Christmas and a Healthy Happy New Year, 2018 here we come……..