Hi everyone and Happy New Year to you all, lets hope it is a peaceful and healthy one. Since I wrote my last blog I can say it has been very cold, since the 12th December we have not had a plus temperature till yesterday, the coldest day was 7th January -28.7c, not snowboarding or skiing weather I can assure you and it stayed around -20c for the whole week, but since December 9th the conditions on the slopes have been very good, we actually went free riding up behind the chalet on several occasions.
It was a great opportunity to test out the new camera, snow pictures can be very difficult due to lack of definition but most images came out well, the first two are from the very cold days in December. 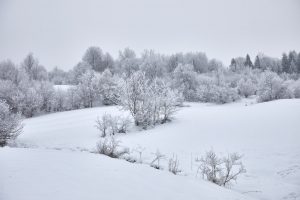 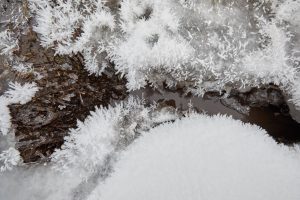 On Christmas eve I was fortunate to be at the ski resort in Vratna and spotted two juvenile Golden Eagles playing above us, I was told by one of the hunters that it was a ritual for choosing their mate, I took loads of photos but it was so difficult because of light conditions and the speed they were moving at but here are a couple of the better ones, they were amazing to watch. 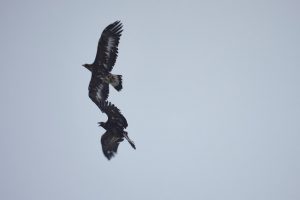 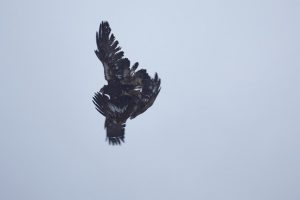 The following images are from the coldest day, first two are the river in Terchova which is just slightly warmer than the surroundings. 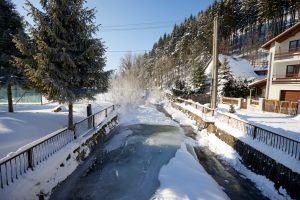 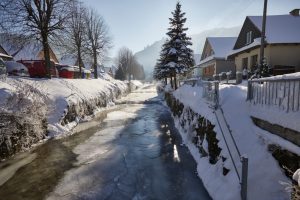 The next four were taken around Chleb where the temperature was -30c which resulted in the visibility been exceptional, we could see approx 100km or more, the sharp peak in the centre of the second image was taken with a 400mm lens and is approx 80km away, the other two images show how the cold froze the snow and shrubs sticking out of it, very beautiful but it was too cold to stand around for very long and the camera did not like the cold either. 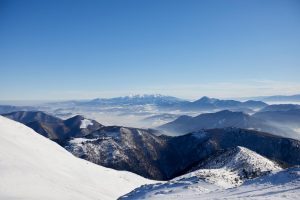 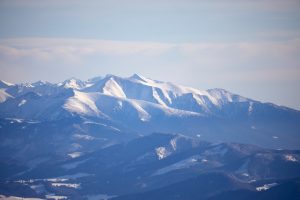 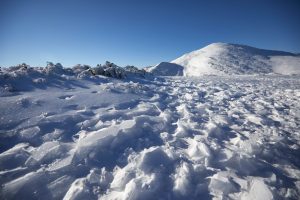 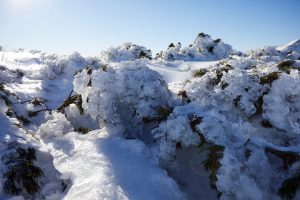 In the middle of January the resort hosts an international ski competition for children under 14 years of age which I normally get to do gate judge for but this year I was not required so it was another chance to test the camera using my 100-400mm pro lens, here are three images from that day, the sharpness of the skier crashing was great and the camera seemed to cope very well with varying light conditions, I was more than pleased especially as they were all taken hand held. 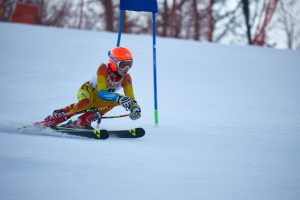 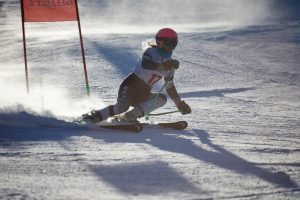 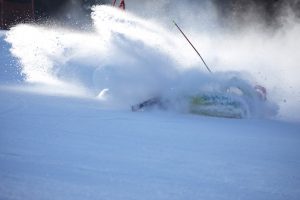 So we have had a good season so far, Maria has been teaching most days and we have found time to go and ride around the area so we hope things will continue giving us more snow and more riding. Last images are of our friend Jaro and his horse Gastan bringing timber down from the forest, it is very impressive as he sends the horse down on its own with the complete pine tree, moving at a fair rate through the snow gave me a moment of panic as he came straight towards me but he knew when to stop thank goodness, brilliant horse and bloody impressive to watch, hope you enjoy 2017 and bye for now….. 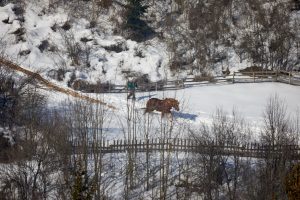 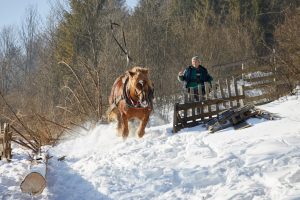 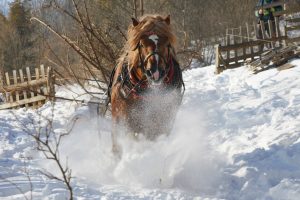