Yep, we are at last finished with the haymaking the last two fields have been cleared and the hay is now in our friends barn, till next year the scythes can relax but it has been long and drawn out this year due to the unreliable weather, not something we can control, thank goodness or we would muck that up too, here is the last field of ostrvas. 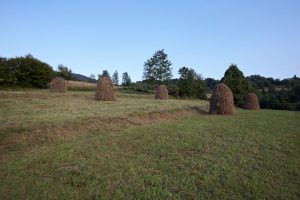 Since my last blog we have been busy though, we finally completed a display of Maria’s grandfathers photos in the foyer of Boboty Hotel in Vratna, we started the project last year and were working on it when time allowed so it has been great to see it up and running, the prints are all on canvas some almost a metre square, the managment were very pleased and it has had lots of positive feedback, here is a picture and anyone is welcome to go and see for themselves. 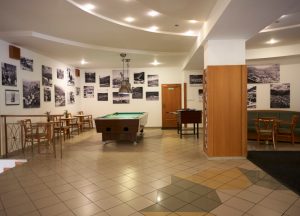 We also took time to go and watch the horse parade during the Janosikove Dni weekend which is an annual folk festival held in Terchova, performers not only from Slovakia but many other countries come here for the three days and on the Sunday there is a parade of horses and carts all traditionally dressed up which tours the town and goes up through Tiesnavy Pass into the mountains, they stop there for a while , rest, drink and sing before returning to the festival area, it is very good to watch and photograph, here are a few pictures. 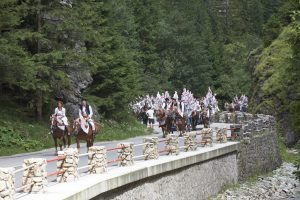 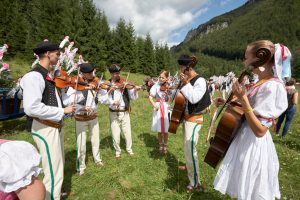 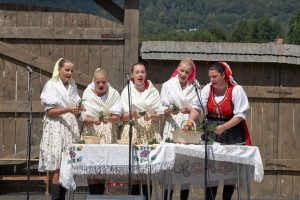 We also met with some friends from Bratislava in a village called Cicmany, it is renowned for the artwork on the old buildings and is a protected site, it is very picturesque but the weather was not too kind to us so I did not take many pictures. 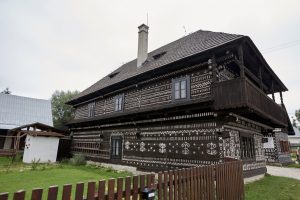 Last but not least we have been out and about picking fruit and mushrooms, notably 5kg Wild strawberries, 7kg Wild Rasberries, 3.5kg Blackberries and 10 litres Blueberries all for wine and jam, we are of tomorrow to pick a few more Blueberries to take to our friends and that will just about do it, may go for a few more Blackberries for wine, it is so nice after a year, like a fine port, just the thing for a cold winters evening, last two pictures, see if you can spot Maria picking Blueberries… 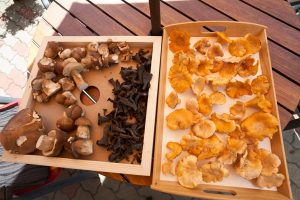 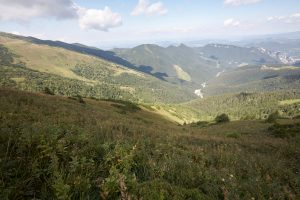