Its been a long while since my last entry, no excuses really but we have been busy little people for the last month, however lets go back to April, there we were looking around and the grass was appearing and the garden was beckoning when lo and behold nature decided that we hadn’t had enough of the white stuff and in the first week gave us a nice big dump, I reckon the pictures tell it all. 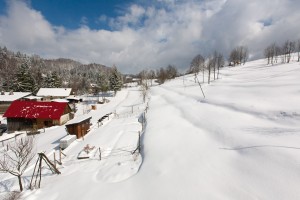 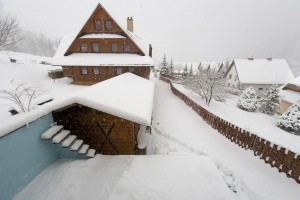 not bad eh!! It lasted for about a week, then the sun came and soon we were back on track, next up were new chickens, older ones went to the freezer to make way for others, they came from a different place this time and look in very good condition, they are Leghorns and Harco and should be going into lay in the next couple of weeks.. 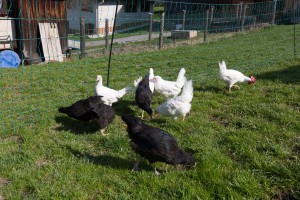 Last year we decided that we, Maria and myself, would strip the outside timbers and re-treat it all as the stuff that was put on originally was starting to look very bad, hence why we have been so busy for the last month, first scaffolding was erected on three sides and then we began by sanding it all back to the wood which was very testing especially on the nasal area, then we put a timber treatment on followed by three coats of protection.  We used timber products by Remmers and it was easy to apply, quite expensive but looks brilliant, only time will tell though, here the weather goes from -20c to +35c with mountain type rainfall and heavy snow, I will keep you informed over the years as to how it stands up, here are pictures from before, during and after, it was hard graft but so worth it….. 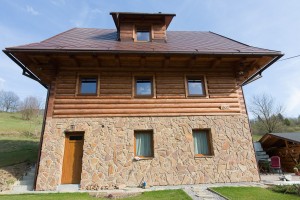 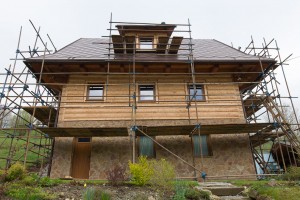 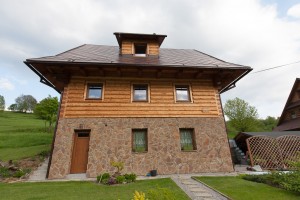 Finally, Maria had a disasterous time last year when she lost all her bees and up until last week didn’t have any but one of her relations Rudo came up trumps and helped her fill three hives plus she caught a swarm this week so now she has four hives and is working very hard to make them strong and healthy, here are some pictures of a swarm Rudo caught in a bucket and her hives a couple of days ago, you can read all about them on her blog. 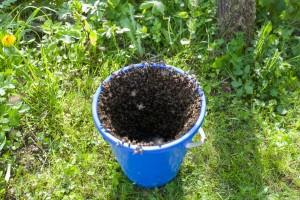 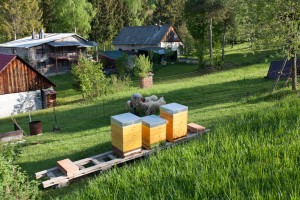 Thats about it for today, getting ready to sort out garden next and walk in the beautiful wild flower meadows……….. 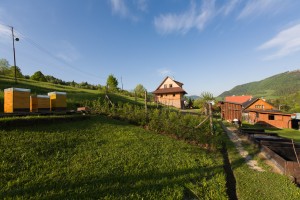