Here we are at the end of another year, where it has gone I have no idea but we must have been enjoying ourselves, or so the saying goes, anyway on to more important things.

The weather changed with a vengeance on Saturday we woke to see the temperature was a cool -15c, not bad considering it had been plus temperatures all week, in fact for about three weeks, Christmas was great but it was bizarre with no snow, every other year it has been hectic with Maria teaching on the slopes and fitting in festive celebrations as well, but it was a nice change and we spent time with relatives and just chilled out in our lovely warm chalet.

Despite the -15c we had decided to go to Vratna and have a trip on the cabin lift as it had not been open since the July storm, it was a great morning, we arrived at the bottom staion to be greeted by a TV crew who asked if they could interview us as we were going to be the first people to use the lift that day, they were really nice and took loads of pictures and video which appeared on the news that evening, eventually we got to the top station and then climbed to the top of Velky Krivan which is the highest point in this mountain range, as you can see from the pictures it was a total whiteout with heavy snow and strong winds, we didn’t stay there very long but it was a brilliant way to get the cobwebs out of our heads…. 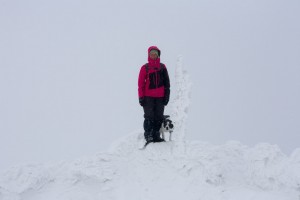 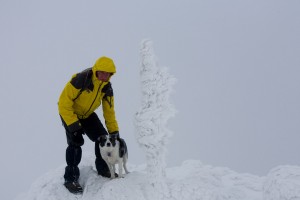 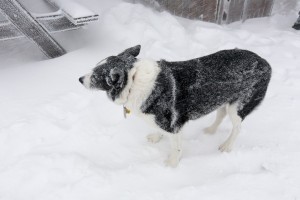 The ski slope is due to open tomorrow or part of it and Maria is going to be busy teaching from now on, I on the other hand have the arduous task of trying out my new snowboard, someone has to do it, I will let you know how it goes and may we take this opportunity to wish everyone a very Happy and Healthy New Year, may it be a good one again…..