Today it is raining hard so it seemed like a good idea to put pen to blog, we have been very busy, mainly building the new sheep shed to house them in the winter, it is just about complete and we have the bulk of our hay in there as we have been storing it in builders bags under the wood store for about a month.  The fields were absolutely stunning this spring and I took these pictures just before we started to cut for hay. 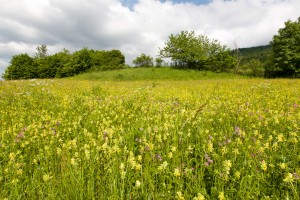 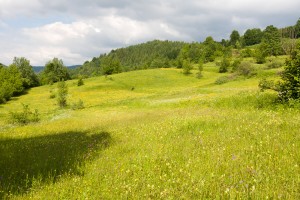 Everyone was cutting for a week and we were all very lucky as no sooner had we got it in store than we had really heavy rain for about a week which would have ruined the hay, in this area we didn’t get the floods that were experienced in other parts of Europe but we are having to rethink some of our drainage as it washed a lot of our soil away, these are from the day we started to cut the hay and we like most people cut it all with a scythe, seems the kindest way to treat these beautiful meadows. 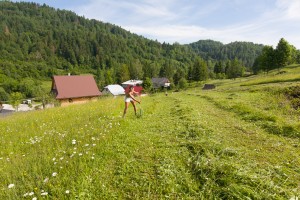 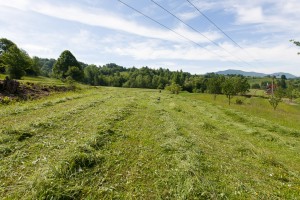 As for the sheep shed it has been interesting as with anything that is constructed by non builders, we started on the 6th June and as of now it has one stall and the hay storage completed, it is  double skinned timber construction with polystyrene between the boards, a necessity for our winters, the roof is steel sheets and we decided on a dirt floor, the whole thing is a test and we will not know if it is ok until after the winter but fingers crossed eh! Anyway here’s a couple of pictures of the phases of the build. 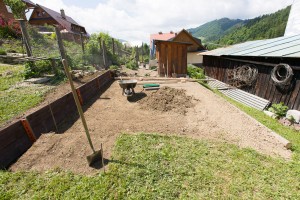 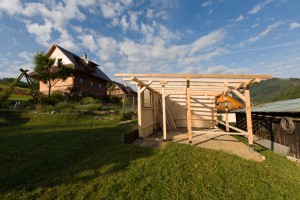 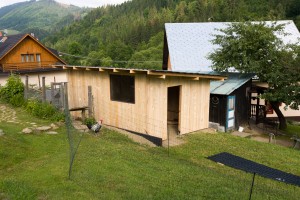 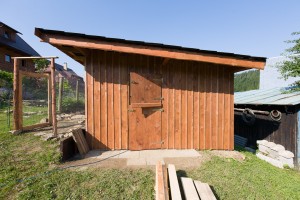 As for everything else around us, we have a new addition to our flock, someone rang Maria and asked her if we could look after his ram for a couple of months ( couple could mean 2 to who knows how long), he has lived in a barn until now so the great outdoors was a bit of a shock we think but he has settled down and we like him, who knows, he may even bless our ewes with young. 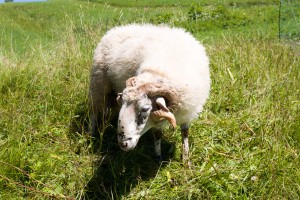 The veg garden is thriving, I have never had peas that so far are nearly as high as the runner beans, plus the broad beans and onions are going  really well. 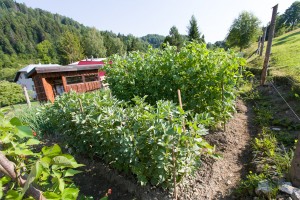 That is about it for this blog, we are in the process of gathering from the wild over the next month or so, we had the first Chanterelles and picked 1.5kilos of wild strawberries last week, it promises to be good harvest from mother nature this year, last picture is our lavender bed which is humming with Maria’s bees, you can smell the honey from the garden, lovely….. 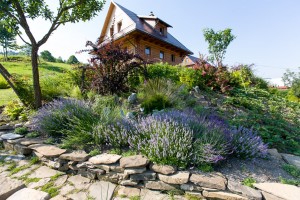