Well, I have to admit I seem to be getting worse at writing this blog but I suppose that is the way it is when other things take priority.

We had the first snow a few weeks ago and during the first week of October the temperature dropped to -4.5 which finished off most things in the vegetable garden and as regards the trees here and in the forests, autumn came quickly after the frosts on the leaves, we did manage to do some late mushroom picking and found a really rare specimen, cortinarius violaceus which as you can see is quite amazing, as well as the Horntail which landed on the woodwork of our compost bin, supposed to be harmless but we did not pick it up I assure you…. 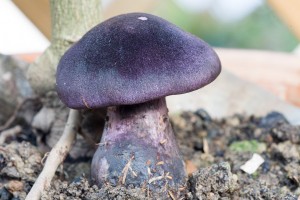 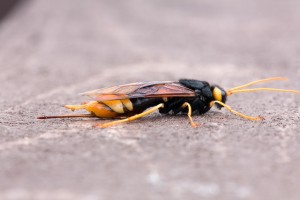 Apart from that we have now built four new compost bins as the old ones were falling apart and were only supposed to be temporary, we used the turf from the area to make a turf wall below the veg garden as we have such a slope on it and hope now it will be a bit more level, so that should help us next year compost wise, plus we now have a new area for some more of Maria’s bee hives, it is going to be so buzzy in our garden eh !!!! 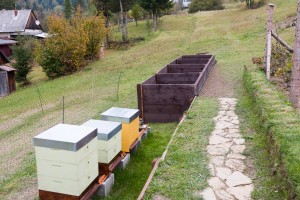 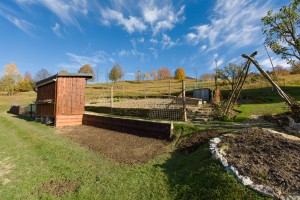 The autumn is always amazing here and we have managed to get out and walk through the forests several times, my sister Lynn and her husband Mark came to see us for a couple of days and we had hoped to take them to see the seasonal colours but it decided to rain most of the time while they were here so it put the mockers on that idea, they seemed to have a good time though and have now gone off to Poland for a few days.

Thats all for now, will leave you with a picture of the woodland on the mountains and hope you are having a beautiful autumn as well.. 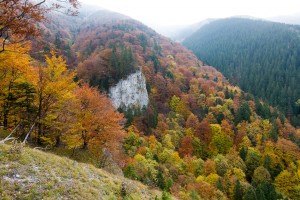