Well I have to say that I have been a bit lax over the past week or so but it is mainly because I have been building my new computer, more of that in the next blog and getting in the last bit of snowboarding. We were thinking that the snow was finished and getting sorted out to start other tasks when on the 31st of March it decided to come back with a vengeance, I took some pictures and here are a couple of them, the first was at 0930 when it started to snow and the next was taken at 1400, by then we had about 10cm and it kept coming until the next day when we went out and enjoyed it. 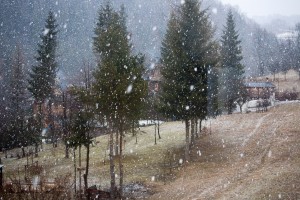 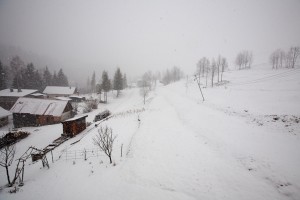 We went walking in the mountains last week but the visibility was atrocious, so we decided to go again this week on Monday, it was beautiful, the air was clear the sun was out and no wind, Maria took her alpine skis and I took my board and snowshoes, Roxy joined us for this jaunt, we very often used to take her free-riding and she loves the mountains but she is 10 years old now so we have to be a bit careful where we go etc.

We had three hours up there and the walking and boarding was very good until the sun had been on the snow for a few hours and then it got a bit wet and heavy going but it was a brilliant day and we all slept very well that night I can assure you, here is a small selection of pictures from a great day, it beats working…… 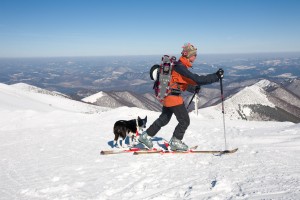 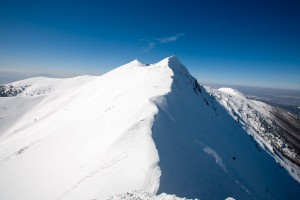 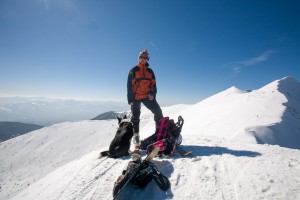 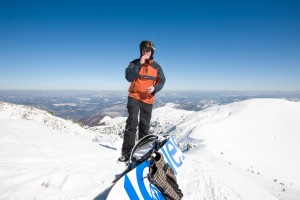 The best news of all this week for me has been the fact that Thatcher has popped her clogs at last, hip hip hurray, people like her helped make up my mind about leaving the UK, she took everything from the working classes, jobs, houses and their whole sense of being and she gave everything to those that didn’t need it, like the bankers ( I think thats how you spell it) and look how well they took care of the money, she won’t be missed by me I can assure you of that, bloody country wrecker…….