The Rossignol Spring Session was a success at last, the first two days were cancelled due to bad weather, heavy snow and high winds, the guys still managed to get up there and build the snowpark which was a credit to them considering the circumstances. Maria and I managed to get a bit of boarding in despite the conditions, it was really good on Tuesday except for wind and temperature, its been around -10c to-16c most of the week.

On Saturday I went up and took photos of the RSS and here are a couple of them more can be seen on my site at http://www.mikesimages.co.uk/colour/, it was a good day and Maria went on a hike across the mountains for three hours while I was taking the snaps…. 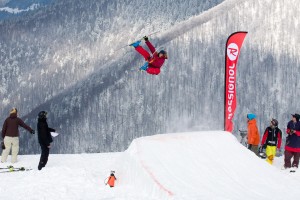 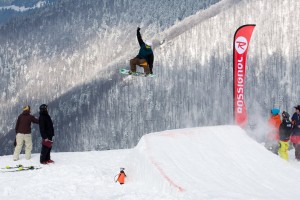 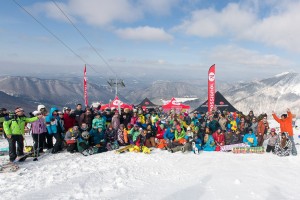 The bad news was that on Saturday a friend of Maria’s, Michal Hnidka, who is an ex mountain rescue member was killed in an avalanche in the High Tatras, he was acting as a guide for a client, something he does throughout the year, when they were both swept off the mountain and killed, our thoughts go out to their families.