High all, been very busy this last week with computers but before all that we had some heavy rain last Thursday which resulted in some quite spectacular rainbows so I’ll stick a photo of one at the end of this.

Anyway, haven’t be doing much outside due to the rainy weather, covered the young fruit trees with bags to stop the deer eating all the young branches and buds off them, garden is a bit too sticky to do much now so it has been a week indoors.  It was quite handy because I  installed the new Windows 8 on Maria’s laptop which went quite well but as i always do a complete fresh install even for upgrades it took a fair bit of time, then I fitted an SSD to my PC before I installed the same but mine took a couple of days to re-install all the bits a bobs, Microsoft have changed the way we upgrade now but it all went ok in the end and I have to say it is very good so far and the SSD is amazing and is not yet running a full speed due to my old Motherboard which I intend to replace next year.

I actually really enjoy the fiddling about with computers and have done for a long time, comes from the old Radio Ham days I suppose.

We are going for a walk tomorrow morning, starting in Vratna which is where we go ski-ing and snowboarding and we will have a leisurely walk up under the Vratna Chleb lift, weather permitting. 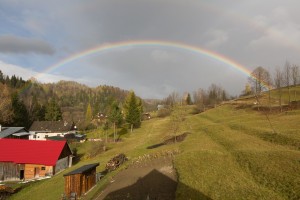